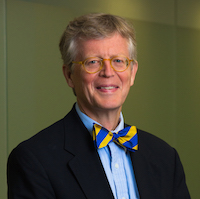 Tim Schantz is a senior executive with broad domestic and international experience in both developed and emerging markets and in a wide range of financial arenas, including asset and wealth management, corporate and structured finance, investment/merchant banking and alternative investing. He has also cultivated a lifelong interest in history, politics and strategy and has served effectively both as a trustee/director and as an executive in the commercial and not-for-profit sectors. Mr. Schantz serves on the leadership team of History Factory in Washington, DC as its Chief Administrative Officer/Managing Director of Archives and Content Solutions and as a Vice Chairman of Clear Harbor Asset Management of New York. After a decade of living and working in Europe (the UK, Italy, and Germany) in corporate finance and banking with Bankers Trust, Continental Illinois and Chase Manhattan and then serving as a strategy consultant for Greenwich Associates, he has spent the better part of the past 30 years in executive leadership roles; first, as president of ING Capital, the firm’s US merchant bank, and then, as president of ING Furman Selz Asset Management, its third-party money management platform specializing in alternatives and managed accounts. This was followed by roles as head of ING’s corporate and structured finance business in the Americas (North and South) and Deutsche Bank’s structured finance activities within private wealth management in the US before joining Genworth as head of alternative investing.

Then, after leading the Mountbatten Institute in North America, providing first class professional development and experiential education to post-graduate students from around the world, Mr. Schantz was called to serve the Protestant Episcopal Cathedral Foundation in Washington D.C., comprised of the National Cathedral and its three schools, as its Executive Vice President and COO. He has also served as a member of the Compensation and Governance Committees for the Board of Questex Media and has been a Director and Chairman of the Nominating and Governance Committee for MortgageIT, a NYSE listed company, prior to its acquisition by Deutsche Bank. Mr. Schantz has served as a Trustee and Chairman of the Governance Committee and led a Capital Campaign for the Museum of American Finance, as a Director for University Settlement, one of New York’s oldest charitable organizations, as a Trustee for the Investment Funds of the Episcopal Diocese of Connecticut, as Treasurer for St. Andrew’s Church in Stamford, as President of the Tomac Historic Burying Ground in Old Greenwich, Ct. and on the Chairman’s Advisory Committee of the Greenwich Historical Society. Currently, he also serves as Vice Chairman of the Executive Committee and chairs the Investment Committee for the Historical Society of Pennsylvania, as Chairman of the Education Committee and as a member of the Executive Committee for the Advisory Board of the Smithsonian Libraries. Mr. Schantz holds a B.A. in History from Brown University, studied at the AUFS Institute in Rome and is a recipient of an award in historic preservation from the DAR. He and his wife, Patricia, currently live in Washington and Annapolis after many years in Old Greenwich, Ct. Their three adult children, Adam, Susannah and Bobby, are residents of Philadelphia, Washington and Los Angeles respectively.